Digital and traditional PR now operate in the same playing field. Traditional PR has not gone away in the event of digital, but rather they overlap, contrast, and compare in many ways.

To develop a better idea of the similarities and differences between the two practices, we welcomed special guest Will Hobson to #PRChat! Hobson is the PR and London director of Rise At Seven, a global creative SEO agency.

With eight years of digital PR experience and one year of traditional PR experience, Hobson’s knowledge bank is a great source for better understanding these two crafts.

What are the similarities and differences between "traditional" and "digital" PR?

The line between traditional and digital PR is quite blurry, according to Hobson…

“I think they used to be quite different,” he said. “Digital PR used for SEO purposes and traditional for brand building, but they are becoming so similar. For example, at Rise, we want to help build brands to such a level that they get noticed by Google.”

As SEO trust signals become more inclusive of things like social media presence beyond just weblinks, Hobson believes digital and traditional PR will mesh even more closely over the next couple of years.

“Some PR folk *hate* the distinction,” he said. “But in my experience #digitalpr folk are far more aware of, and able to measure, the SEO impact of their work than most traditional PR folk.”

PR practitioners online are also able to prove the exact value their campaign has delivered in terms of revenue AND impact to search, which is a vital contrast against traditional PR, Hobson added.

“To me, traditional PR is everything outside of your computer: TV, radio, newspapers, and magazines, Tom Basgil, lead generation and social media consultant for B2B brands, said. “Digital encompasses websites, forums, and social.”

While this is true, Hobson made an important point that digital PR coverage is now encompassing what used to be considered entirely traditional outlets (i.e., TV, Radio etc.). For example, he finds that a lot of Rise At Seven campaigns get picked up in mainstream media, hence the brand-building side of their work.

What are the results brands can expect from traditional #PR? From digital?

Hobson summarized key differences in expectations of results below:

“I think #PR folk would emphasise the wider reputation management and crisis communications that they’d offer, over and above brand promotion and links,” Sparey said. “But I think the silos are coming down, and more digital PR looks a LOT like traditional PR.”

Chandra Gore, publicist and business consultant, makes a great point about the interactivity that comes with all things digital, as compared to traditional PR.

“The results a brand can expect from traditional #PR are placements in local publications such as the newspaper as well as other print,” she said. “From #digital, interaction with customers and consumers with real-time feedback.”

This is a huge asset in the business of building and maintaining relationships with different stakeholder groups.

How has the pandemic affected digital PR as in-person interviews and events have decreased?

We are, by no means, celebrating the COVID-19 pandemic, but it has surprisingly brought many positive changes to the world of PR…

“It’s a difficult thing to say because it’s been such an awful thing to happen, but I think that the pandemic has benefitted the PR sector broadly, and the Digital PR sector, specifically,” Sparey said. “Most decent agencies I know, Hard Numbers included, cannot hire quick enough.”

It’s given a “super boost to the industry” and opened doors to some new, amazing opportunities, Hobson said. While it is not as doable to meet with clients IRL, there are many new functions to be grateful for.

One being, an increase in talent reach, according to Gore:

How can online influencers support your brand's digital comms efforts?

Influencers on social media platforms like Tik Tok can have a significant impact on a brands’ digital comms efforts. According to Hobson, ‘#PRTok’ is on the rise!

“Influencers are super important as part of your marketing strategy,” he said. “We even use it as one of our own strategies for marketing Rise, so this can be applied to multiple industries.”

Working with influencers helps add one more human element to your communications efforts, whether you work specifically in marketing, PR, or other comms departments.

“Employee engagement is so important – folks are much more likely to listen to a real person than the company itself,” Basgil said.

Building on the importance of human connection, Rebecca Holmes, digital director of Cirkle PR, advised using caution to make sure you use influencers for the right reasons.

“Avoid the temptation to use influencers as pure amplifiers,” she said. “That’s like using them as paid media. Their value is in depth of messaging, engagement and insight. Integration is key, and vanity metrics don’t drive resonance and long term affinity.”

What is the future of digital #PR?

PR is PR! Adam Rubins, founder of the Arc consultancy, and Hobson are on the same wavelength:

“...I can't help but think that the future of digital PR is integration,” Basgil said. “Collaborating with marketing Supported by targeted ads with talking points informed by sales, support, and SEO.”

We’ll leave you with the wise words of special guest Will Hobson… WORLD DOMINATION!

To learn more about Propel, book a demo with our team below: 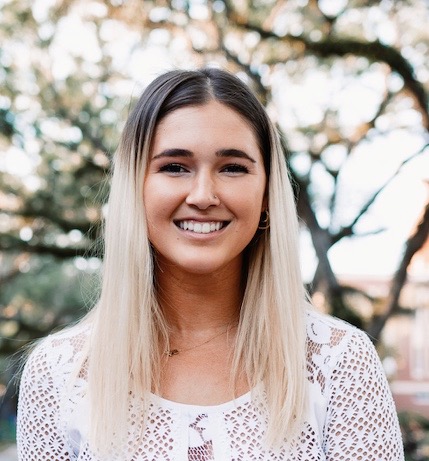 The Propel 100: The Most Influential Tech PR Professionals in the World 2021

Which Media Outlets Responded the Most Since the Start of the Pandemic?

2020…The Year that saw Propel Become the Fastest Growing PR Software in the World.

Fostering Company Culture in the Age of Remote Work

The Propel 100: The Most Influential Tech PR Professionals in the World 2021

Why Diversity and Inclusion are Integral Parts of Propel