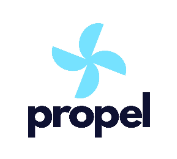 Using statistics from the first half of 2022, the study also discovered which were the best top tier publications most likely to take a bylined article.

There’s perhaps nothing more frustrating for a PR professional than to not get a bylined article published, especially after spending several hours writing an interesting piece tailored for a specific publication. Meanwhile, these publications are swamped with bylined articles every day, leading to enormous backlogs and long wait times (sometimes up to 4 months) for publication. Therefore, to understand how to increase the likelihood of these articles eing published, Propel decided to look at the metrics of what makes a perfect bylined article pitch to glean insights as to how to best place these pieces in the media.

First, it was found that the pitches with the highest response rates by far (41.85%) were between 500-1,000 words. This indicates that publications prefer to receive the articles themselves within the body of the pitch rather than being pitched an idea and then sending a completed piece over later or attaching the bylined article as a Word or Google document. It was also found that journalists were most likely to respond to pitches with subject lines between 6 and 9 words (39.25% response rate), but that over half of bylined article pitches sent by PR professionals (61%) are still sending pitches with subject lines between 10 and 15 words but receiving a 9.2% response rate. Finally, just like with other thought leadership pitches, it was discovered that the best day to pitch a bylined article is on Wednesday

It turns out that reporters from BBC, Politico, and Reuters didn’t respond to any bylined pitches, while journalists from USA Today, the LA Times, and Washington Post responded the most, responding to 27.63%, 13.19%, and 8.7% of bylined pitches respectively.

“We did a deep dive analysis to understand the anatomy of a perfect contributed content pitch to enable PR pros to have a better shot at securing publication of their bylined articles” said Zach Cutler, Co-Founder and CEO of Propel. “The findings are clear - journalists respond more to shorter, succinct subject lines and prefer to have the article pre-written in the body of the pitch email. We also discovered for the first time, in a quantitative way, which outlets are most responsive and least responsive to receiving these types of thought pieces.”

Propel PRM is reimagining earned media with its Public Relations Management technology. The PRM platform enables marketing and communication professionals to discover the right media to pitch their stories to, manage media relationships and campaigns, monitor coverage and share of voice of their brand, and easily measure business impact from earned media efforts. Propel has over 500 customers, including Microsoft, Real Chemistry, M&C Saatchi, NPR, and other leading brands and agencies. Launched in 2019, Propel is headquartered in Tel Aviv and has teams based in New York, London and Miami. Propel has raised $6 million in venture funding to date and is the fastest-growing PR technology in the world. For more information, visit www.propelmypr.com.